First off, sorry for disappearing for a month, I kept intending to write a post but it just got away from me! I should have prepared this post for yesterday as I have been thinking about it for sometime, but better late than never I think! Today’s post about Miss Evelyn Hunter Nordhoff, in light of International Women’s Day I thought it would be fun to post about a historical female bookbinder.

“I want it distinctly understood that I am not a new woman. I belong to the old-fashioned class. Only I believe that if a woman wants to do a thing, she should be allowed the liberty of doing it.” 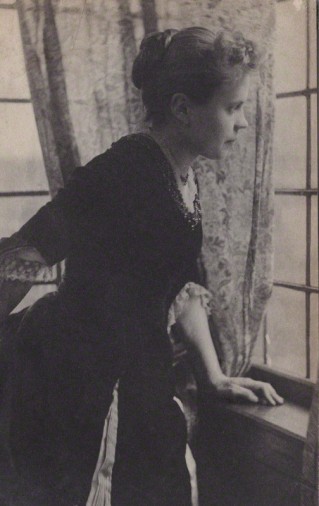 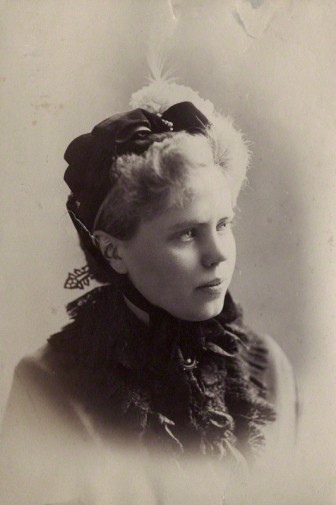 Nordhoff’s claim to fame is America’s first female bookbinder and printmaker. In fact, Nordhoff was the only woman bookbinder (at the time) included in an exhibition hosted by the Grolier club on American book bindings. This exhibition ran from April 10-24 in 1897. Eight of her bindings were exhibited.  The Grolier club is a private club and society for bibliophiles in New York City. It is the oldest existing bibliophilic club in North America.

In Edith Diehl’s work “Bookbinding: Its Background and Technique, Volumes 1-2” she explains that Nordhoff was “one of the first American women to study abroad” (Diehl, pg. 162). Nordhoff “worked in England with Mr. Cobden-Sanderson for some time and then returned to New York, where she set up a bindery [now] known as the Evelyn Nordhoff Bindery” (Diehl, pg. 162).

It should be noted that several sources, including one from Nordhoff herself say that for her to be taught under Cobden-Sanderson was a feat in itself as he often didn’t take students (The Doves Bindery, pg 364). Nordhoff originally came to bookbinding after she heard a lecture by Cobden-Sanderson while in England. She was determined then to learn the trade. When she came back to American she sought to teach others the art.

As mentioned she set up her own bindery, while known now as the Evelyn Nordhoff Bindery it was originally known was the Elephant Bindery, located in Washington Square West in New York City. Here she gave lectures on bookbinding and exhibited her own work. It was during this time she also toured binderies in New York were many young women were employed but not trained comprehensively in the trade. Nordhoff took it upon herself to teach the woman in American the skills of bookbinding. Nordhoff believed that the trade was well suited for one who had a home and family that would help support them while in training, and that the woman must love the work and be determined to learn with patience as it is fine and delicate work. Nordhoff felt that a woman, once having learned the basic skills, ought to be as proficient as their male colleagues.

Nordhoff died unexpectedly on November 2, 1898, at the age of 34, after a brief illness.

You can see a sample of her bindings here: 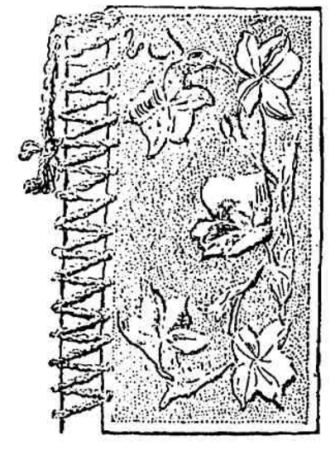 These images are taking from the archives of the Chicago Tribune from 1897, you can read the article on Nordhoff here: Learned to Bind Books  and you can also see a few of her etchings here: Database of Women Artists

I hope to be posting regularly again. Until next time,